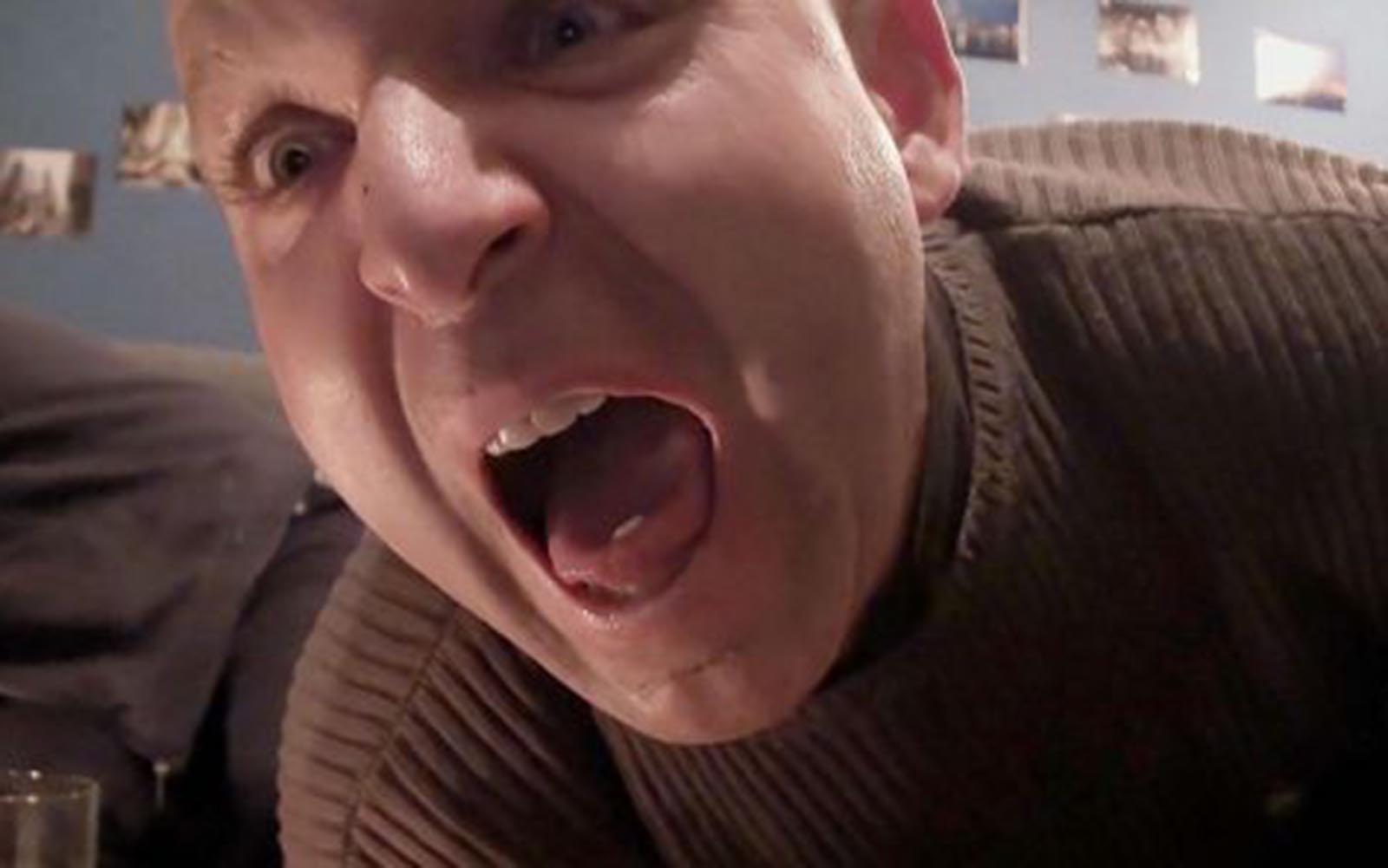 Days of Madness is very honest and open but also rough documentary film about mental illness. Shot on small cameras by protagonists themselves, it is a sort of video diary of the struggle of two people – Maja and Mladen – to live a decent life in a society that doesn’t understand them.

A 2018 Locarno’s Critics’ Week entry, the film was shown in Slovakia thanks to international alternative distribution project KineDok. In late November last year, the film’s director Damian Nenadić visited screenings in Čajovňa Alchýmka in Spišská Nová Ves and in A4 – Space for Contemporary Culture in Bratislava.

TH: Can you tell me how the project started and how did it happen that the protagonists were shooting the film themselves?

DN: My friend established an NGO for people who were in the past or at the time using psychiatric system with the goal of promoting psychological diversity – they don’t consider themselves mentally ill, just different. I thought it is a great subject for a film, so I started to attend their weekly support group meeting and film it as a part of the research for the movie.

But then I realized I am more interested in how these people spend the day and how they live with all these problems. I asked them if they were willing to film themselves and four people agreed. In the end, only Maja and Mladen managed to go through the process for such a long time, the other two dropped out.

TH: So, the idea of giving them cameras was the matter of authenticity?

DN: I wanted to avoid the film crew – for sure it would be harder for them to expose emotionally if I am in the room with the camera and two other people. I wanted a more intimate approach, to let them speak for themselves – I wanted something like a diary of their lives.

For the first year they were shooting whatever they wanted or considered important in their lives. However, when we watched the material with my editor, we realized it’s not going to be easy to put it all together and find a coherent narrative. That’s why we started to give them small tasks when we saw some gap between the scenes. For example, I told Mladen: Go and shoot whatever makes you happy but don’t talk about it; and stuff like that.

TH: At the same time, however, there is this very interesting aspect of performance. I am not by any means suggesting the film is fake, but they are obviously performing for camera. How did you deal with that?

DN: Of course, they are aware they are filming themselves. But when you watch such an amount of material – we had around 240 hours – you start to neglect this aspect. For me they are talking to the camera as if they were talking to a person; they were putting themselves in a role when they were explaining who they were and what was happening to them. But they were not re-enacting their lives, they were just shooting themselves in their everyday situations like cooking, putting their clothes on, sleeping, taking pills, and so on. That’s what they do. Our approach was to pick up moments that create biggest emotional reaction and it was not really important that they are aware of being filmed. At the same time, we were very careful not to exploit them. We didn’t want to make another movie when you are watching how bad it is to live with such problems for an hour and a half.

TH: The small cameras they are shooting with also have strong aesthetics with a very rough image. The film almost feels like a home video.

DN: Yes, it’s their diary. They didn’t have any experience with filmmaking, so we gave them the most basic cameras and very short training to teach them how to shoot. And Mladen was really amazing, he was thinking in pictures. For example, when we told him to shoot what makes him happy, he came back with a footage of some random people’s wedding and images of his shadow on the way back home.

We realized the way they shoot is part of their character – Maja was filming herself all the time while Mladen was filming the world around him. We decided that this kind of visual aesthetics can contribute to the character-building. Maybe 95% of Maja’s footage are selfies, she is talking and talking – and it really helped her. Mladen was shooting all sorts of things, like prices in the shop because he was not satisfied with Croatian economy, or churches and a priest… Probably the most beautiful part is what he brought after I asked him to shoot what God is for him. He came with an hour and a half of material of trees and sun and cows and kittens… We put it into the film in the same order as he shot it.

TH: The film also deals with the social stigma of being mentally ill. Do you consider the film to be a kind of a commentary on the topic?

DN: One of the reasons I made the film is that my mother was a schizophrenic person. I always felt that when I say that to someone, even I am stigmatized. If I said my mother had diabetes, that would be ok, but with psychiatric issues there is always the millisecond of silence and a weird look.

I was interested why is it like that, why they are socially stigmatized and discriminated against. And the problem is that it makes them feel even worse. The Croatian system is telling them: You are not ok, you are not capable of working, here is 300 euro, but just stay home and don’t go anywhere. It was one of my motivations to call this practice out. In the end, I didn’t really need to comment on it directly, it was just coming out of each pore of the movie.

TH: How did you create the structure of the film since it was pretty much out of your hand what they are shooting?

DN: I changed the concept many times, but I realized very soon that many problems start with the family. This became starting point – questions how and why it happens, what you are going to do about it and how. Obviously, they both have family issues and Mladen, on top of that, has experience with religious fanatism – the scene with the preacher is the only moment in the film we created; we tried to give Mladen an opportunity to confront person he blames.

This was the basic idea. After some six months of editing we got stuck with two and half hours of material. We were so emotionally attached that we wanted to show everything, and the film had like ten themes instead of two or three. That’s where Jelena Maksimović, filmmaker from Serbia, helped us clean it up and find two basic storylines.

TH: It seems to me that the structure is based on the mood shifts of the characters, it’s like a roller-coaster from angry moments to very relaxed ones.

DN: It came naturally, we just listened to them and followed what is happening and how they grow. The film is more or less chronological. In the end, the film is about going from bad situation to a better one and that’s what really happened, especially with Maja. When we started, she was in a really bad situation, so the most hard-core scenes come from that period. Now she is doing pretty well; she is working, and she has not been using any medicine for the past three years. Mladen takes medicine but he is also much better.

Because they were included in the process of making this movie, for the first time they were part of a community. We were talking a lot, meeting each other, and they had to be responsible. It was therapeutic for them and you can see it also in the material they shot. They went to a couple of festival screenings with me and they are really proud of what they did. They made a movie!