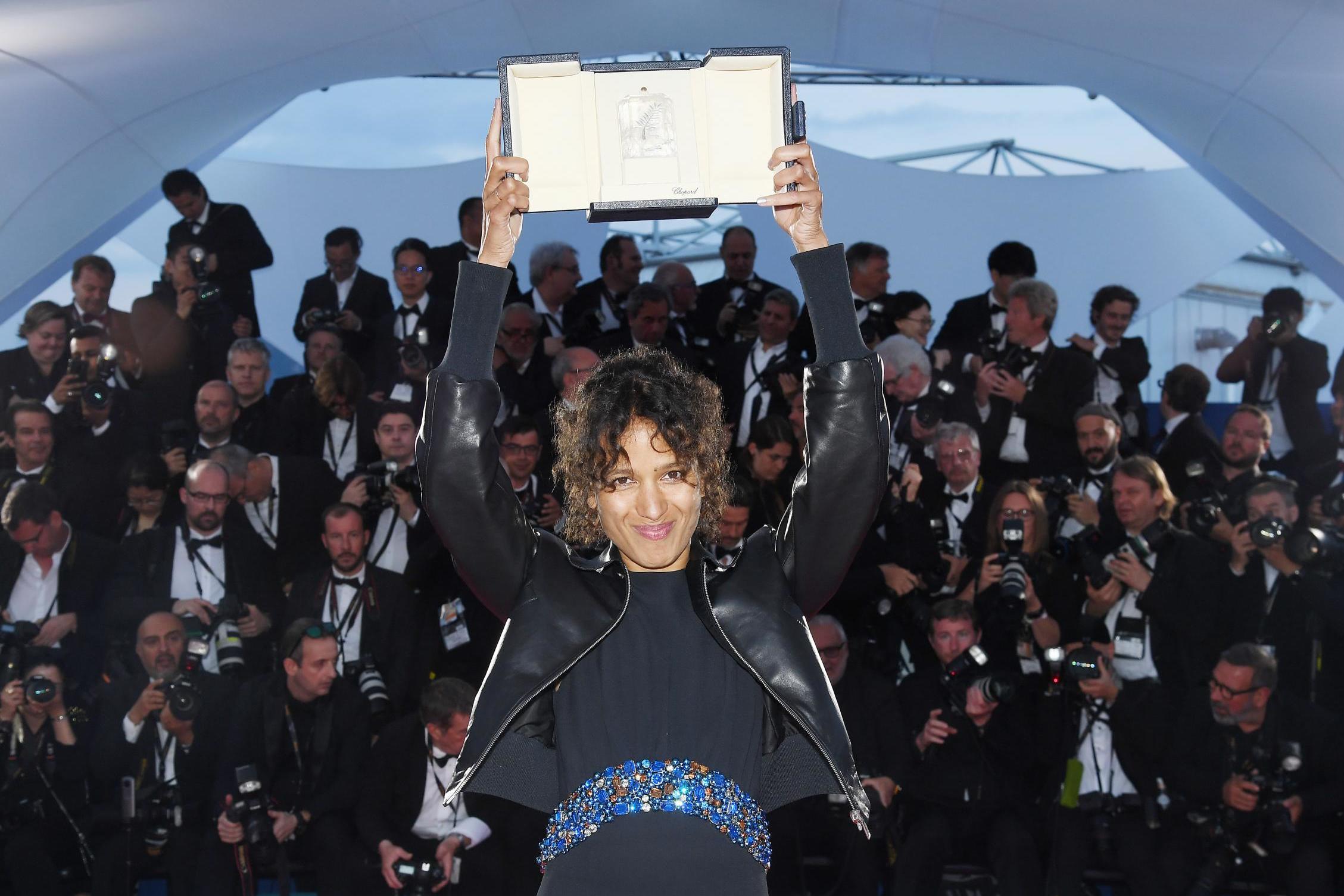 After last year’s seemingly game-changing adoption of an equality pledge, culminating with an open stand-in protest of the industry’s most visible women on the red carpet – spearheaded by Agnès Varda herself, the oldest female professional in attendance – the Cannes Film Festival seemed on board to radically change its approach towards female film professionals and the inclusion of their voices in the larger discourse of the festival. One year later, however, at the festival’s 72nd outing, one can’t help but feel that many of the changes that are taking place in how the festival approaches its selection criteria, or how the press covers the festival and the industry, seem to be forced, even contrived. Is the festival and the industries orbiting around it genuinely interested in adopting the cause of female inclusion, or are they just employing strategies that simply placate its critics?

One only needs to arrive at the festival to observe the first in many double-edged approaches towards female representation at Cannes – in the shape of this year’s poster, a reproduction of a young Agnès Varda on the set of La Pointe Courte, her feet on the back of her assistant, peeking through the lens of a camera. Washed in nuances of purple and orange, the image is virtually omni-present: it drapes the outer walls of the Palais de Festivals’ Lumière and Debussy entrances, it’s reproduced on various trinkets at the festival gift shop, and it hangs in the windows of the vast majority of stores, café bars, and restaurants across the Croisette. On the one hand, the image of a young, daring Varda on the set of her first film is clearly a homage to one of the greatest, most prolific and inspirational female filmmakers in film history, and simultaneously a tacit symbol of a would-be new status quo, in which women who work behind the camera (and not just in front of it – like all women who graced Cannes’ visual identity before) are at last visible. However, I can’t help but consider the following gruesome thought: does a female cineaste really have to die in order for her to attain this sort of attention?

An email sent a few days before the festival’s beginning also set in this somewhat disconcerting, paradoxical feeling – under the sombre, simple title of “The 72nd Festival de Cannes in numbers”, the festival’s traditional number tally was now neatly divided into two chapters: the neutral “Numbers of the official selection”, which detailed the total number of submitted films according to several criteria (length, debuts, country of origin), and a second one, triumphantly titled “Towards Gender Equality”. The text of this chapter seemed to be a product of someone who appeared to be cornered and defensive, as it detailed how many women are working for the festival, participating in its selection committee or one of the 4 main juries, or how many women had submitted films to one of the main sections and how many had been selected, in both numbers and total percentages. Reading the second part of the press release, I could almost hear a voice whispering into my ear – Are you satisfied now? Can we move onto something else? If all the struggles of female filmmakers and professionals across the century of cinema, from Alice Guy and Ida Lupino to Chantal Akerman and Barbara Rubin, had only amounted to some numbers in an email, then it seemed completely sad and underwhelming. Aside from festival workers (and it’s somewhat uncertain what percentage of these work in the higher ranks of the organizational hierarchy), parity is far from being achieved at the festival in terms of presence, which, of course, can also be attributed to what happens behind the scenes of the industry, but as a gatekeeping institution, a festival should be the main outlet and catalyst for change. And even though the gender quota system, as a concept, is rather a means to achieve equality, than a goal in and of itself, its failures and lack of flexibility are evident – and the myriad of reactionary, semi-fascist reactions to this idea serves as a testament to its flawed premises. Rather, female directors and professionals from behind the camera shouldn’t be treated as an exceptionality (both in the bad and good sense of the term) – but as a very important and natural element of the industry. And solidarity structures such as Women in Film and the European Women’s Audiovisual Network (EWA) are incredibly valuable in normalizing the presence and work of women within the film industry.

Of course, one also cannot ignore how these issues affect the female workers in the film industry not just horizontally, but also vertically, at every single one of its levels – and, if anything, the #MeToo movement had exposed the Cannes Film as a hotbed for sexual harassment and exploitation, and even though some of its worst perpetrators, like Harvey Weinstein, have been banished, some deeper issues continue undisturbed. Although the festival has, beginning with last year, set up an emergency hotline to report abuses of any kind, including the number next to other emergency contacts in the festival handbook, a shattering report, published by the Hollywood Reporter just a week before the festival, reveals a set of harrowing practices used to lure in young actresses, most of them from Eastern Europe, into what are essentially sex trafficking rings into the United States. The report’s author, Tatiana Siegel, claimed to have spoken with several producers who had witnessed such practices, at least one woman who had helped set up such encounters and at least two high-profile actresses who had begun their careers being trafficked. And as night sets over the Croisette, so do its sex workers appear on the narrow streets surrounding the main esplanade – reinforcing the thought that women’s bodies here are oftentimes more valuable than their intellectual and artistic output. (And yes, in case anyone was wondering – women are still compelled to wear high heels on the red carpet. Thank God for the couple of women who ditched their dresses for pantsuits.)

However, one only needs to take a look at the directorial output of the female directors themselves to be reassured – works which stand on their own, that don’t seem to need explicit quotas in order to be able to stand on their own two feet. By far, this edition’s most inspiring female figure is the French director and actor, Mati Diop, the first woman of color to participate in the Official Competition of the festival with her debut feature Atlantique, a riveting deconstruction of typical ghost story narratives, set in modern-day Dakar against the backdrop of the refugee crisis. The film’s protagonist, Ada, develops across the narrative from a somewhat naive teenager from a modest background set to marry into a very rich family, into a young woman capable of making her own choices concerning her life and of escaping the suffocating constraints of a society that is simultaneously patriarchal and a hotbed for financial exploitation. As her lover Souleiman drowns in the sea after attempting to cross to Spain in a dinghy, the film turns towards discussing an oft-ignored aspect of the refugee crisis – mainly, the stories of those who are left behind, most of them women.

A series of supernatural events is set into motion after the boat capsizes: a fire burns down Ada and Omar’s nuptial bedroom, prompting the girl to progressively emancipate herself from her family and her arranged marriage, while a local entrepreneur is haunted by the spirits of the drowned workers, incarnated into bodies of local women. From this point onward, Diop proves her directorial versatility, melding together various elements of procedural crime dramas and supernatural ghost horror films in a film which defies any narrow labels or categories. With a strong cast of supporting female characters behind Ada, who use their sexuality as a means of empowerment in a highly stratified society (Diop calls it “capitalistic afro-feminism”), Ada blossoms into womanhood against the backdrop of a very harsh reality that she overcomes without any moral compromises. Her hair now braided, she stares into the camera for the film’s final shot, stating point-blank: “I am the future”.

Of the four female-helmed films in the festival’s Official Competition, Céline Sciamma’s Portrait de la jeune fille en feu (her main competition debut) also concentrates on addressing womanhood in societies where the females mostly lack agency over their own lives. Set in the 18th century, the story follows a painter, Marianne (Noemi Merlant), who is sent to a remote castle to paint a young noblewoman, Héloïse (Adele Haenel, in a stellar performance). The two women slowly bond over the latter’s somewhat tragic destiny: after her sister commits suicide, she is due to marry into an affluent Milanese family against her will, while Marianne is tasked with creating a portrait of an unwilling subject. The film subtly weaves into its narrative the issue of female representation: Marianne is due to paint a portrait that should make Héloïse an appealing suitor to a rich nobleman, while the heiress rejects being turned into an ornament – both visually, and as an individual who will have little control over her own life. As she is clearly jealous of Marianne’s freedom – a woman who is empowered by her work and who is allowed to reject marriage – she elicits her empathy: as their friendship boils over into a fleeting summer romance, both of them take refuge into a relationship that is doomed from the very beginning.

Céline Sciamma eschews a traditional critique of patriarchy in pre-modern eras by utilizing a story that, save for a fleeting one-scene character with no importance on the main story line, utilizes only female characters – their experience of oppression (and, to a certain degree, that of internalization) is oftentimes implicit in their actions and dialogue, which is always related to the perspective of (an)other female character. This view also applies to the film’s few, yet powerful subplots: such as the one in which Sophie, the manor’s maid, discovers with the help of Marianne that she is pregnant and pursues an abortion, a gesture that is never questioned as being immoral or evil, just a fait accompli of an unwanted pregnancy. Using long takes and masterful, picturesque compositions, naturalistic performances and sets, along with a slow cinematic rhythm, Portrait de la jeune fille en feu succeeds in creating a sensitive, emphatic landscape of female identities and sexualities, without appealing to exceedingly didactic and unsubtle means of storytelling.

In the second part of this report, I will address the subject of female representation across the parallel sections of the festival, along with several events across the days of the festival which concentrated on female emancipation, both inside and outside of the film industry.