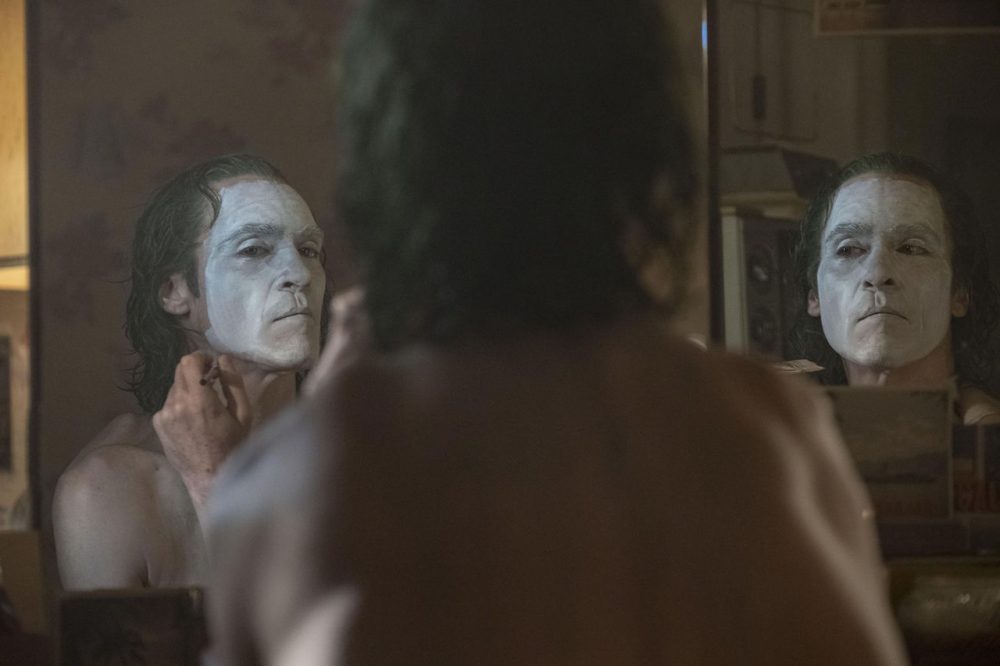 One year ago, my knowledge on Joker only consisted of a few memories I had from a cartoon movie and a platonic attraction to Heath Ledger. I have set off to a far-away journey. I discovered Foucault’s Madness and Civilization in a secondhand bookshop and even though I had already had some unfinished books laying around, I took this one to accompany me on a train journey. Maybe because I have always enjoyed reading (and taking around) something new. People like to escape to “other” worlds, for example to Gotham.

The subtitle of the book is A History of Insanity in the Age of Reason. I had to read many of Foucault’s sentences twice. I learnt about the boundaries of reason and unreason, and how people considered mad are irretrievably and irrevocably handed over to the teachings of common sense, truth and morals. The society of “sensible” only accepts such individual if they become anonymous. Today, after seeing Phillips film that I had to go and watch twice, I partially perceive the character of Arthur Fleck through the prism of this knowledge. He says himself: “The worst part about having a mental illness is people expect you to behave as if you don’t.” Arthur is initially portrayed as a harmless comedian in a clown mask that takes occasional jobs to entertain kids and serve “the sensible”. He takes care of his meek, sickly mother, checks the mail that never arrives and gets drowned in everyday grievances. He hides his joy in fantasies, in his notebook and jokes that land badly, are far off from the reality and accompanied with uncontrollable laughter. That is the dominant ingredient of the omnipresent contrasts and paradoxes in the film. Arthur is walking up the stairs of the bleak city with a dispirited face of an inferior person that craves recognition or death that would make “more sense than life does”. From the beginning I feel every kick Arthur receives from the self-appointed aggressive people, every kick in the head that he wants to beat the heaviness of his thoughts that perpetually creeps in out of his head with. The mask and his overall appearance, gradually reshaped by the discontinued usage of pills literally lead Arthur from a “tragedy to a fucking comedy”. In a new costume, self-confident, determined and definite “I” comes down the stairs. Dancing steps symbolize a monumental fall and Arthur, reincarnated into his own alter ego is preparing for his final performance.

Joker is Ted Bundy that managed to overshadow the brutal murders by his charming mask, it is Stanley Ipkiss that only tries to reach a crime and an attractive woman in The Mask and it can undoubtedly be Alex DeLarge, the really nutty and unhinged “droog” with his cut-throat britva that did not want to be just a mere clockwork orange. Those anti-heroes (and the worst one of them is not a fictional character) fascinate large groups of people or even entire society. Our childhood memories tell us that the bad guys are usually portrayed as insidious loners but above all very entertaining beings that capture our attention and receive a greater share of admiration than the morally impeccable princesses and princes and others that were supposed to be our role models. Already as a kid I could sense dishonesty, an artificial definition of what is good and bad and what is funny and what is not. Despite this, a fair share of the viewers were appalled by the alleged endorsement of violence in this movie.

Awkward reactions to the way Arthur or Happy, as his mother used to call him, or Joker, as he calls himself, are connected with the phenomenon of Joker, Batman’s rival. An unknown character would hardly made such a loud appearance and most probably would not attract such crowds. I am probably not the only person that watched Joker with only a little background knowledge on the original comics story or other film adaptations of the story of the protagonist. The Todd Phillips’ story introduces the cult character as if it never existed before. Afterall, Arthur realized this himself, together with the fact that people took notice of him. I consider him a person living on the margins of the society, a performer that suddenly becomes admired because he killed three nitwits from a corporate. This is not a stand-up he craved but he enjoys nonetheless and he considers his brutal deeds his only way out. When I accidentally became a victim of three guys insulting me on the train I acquire the feeling the “Wall Street guys” deserved it.

It does not matter that anarchy is raging outside and behind the curtains and under the mask, inside, Arthur is being eaten away by madness, with a mocking frown of death in its complete seriousness. Show must go on! Isn’t it beautiful? The Joker film, although timeless, is very pressing nowadays, since it points out the threads that intolerance causes. It was also very liberating for me. It narrated a story of a person that lives among us, the “sensible” ones, in a dark, yet poetic language. Joker is neglected and destroyed by the system and therefore I do not hesitate to join him in a revolt against the world that is disputably ruled by (rich) people such as Thomas Wayne. I do not even need superheroes. Sometimes, it is enough to smile. That is life!