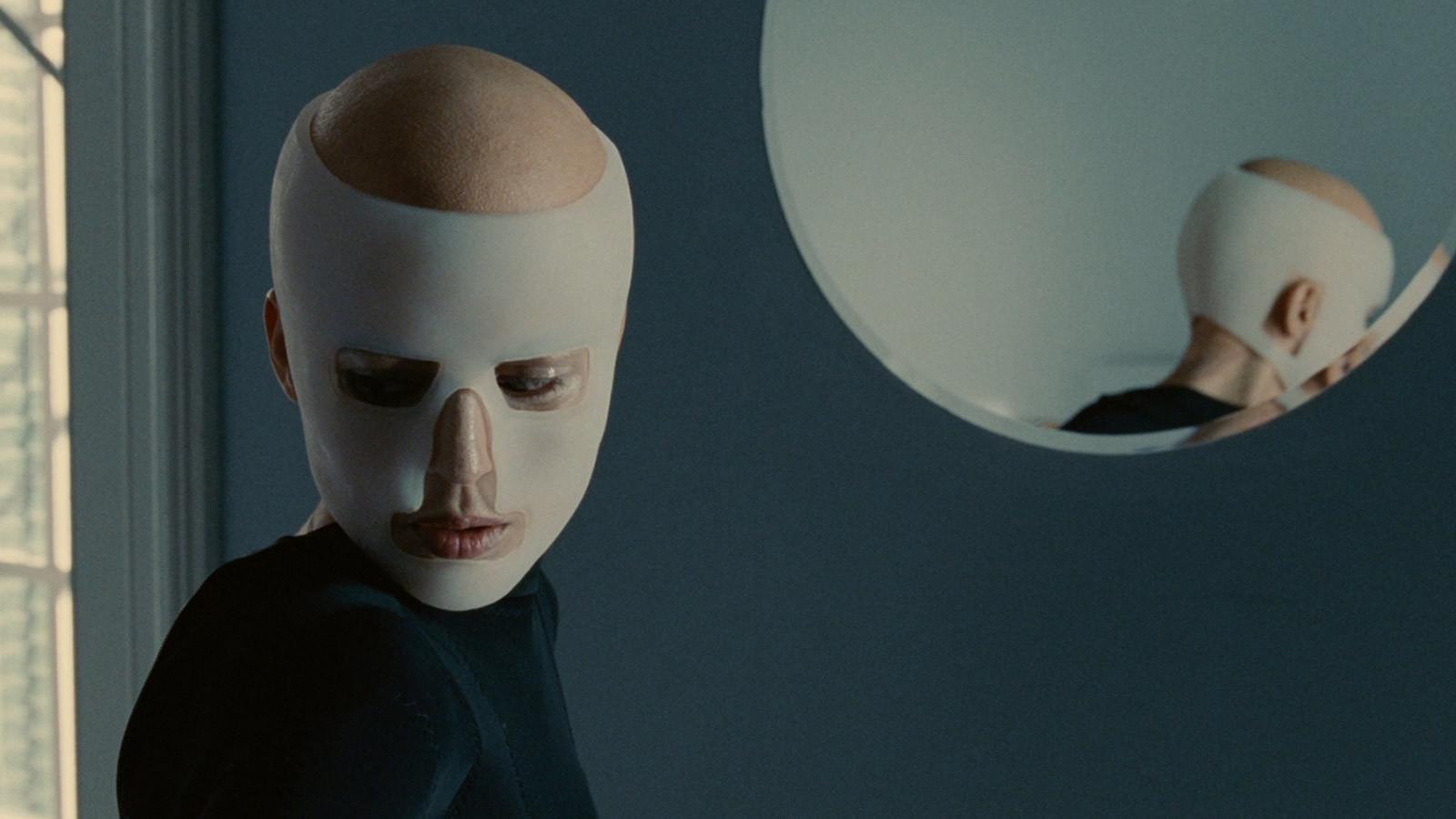 The Skin I Live In is a 2011 film written and directed by Pedro Almodóvar Caballero. The plot of the film is based on a French novel by Thierry Jonquet called Mygale (Tarantula). The title suggests the main character’s profession as Dr. Robert Legard (Antonio Banderas) is a talented plastic surgeon with a twist. The name of the film stands also as a metaphor that explores its two central themes, the human body and our identity beyond it. It is a very complex film that touches upon multiple topics, including the subject of trauma and its impact.

As Almodóvar fans might notice, Almodóvar explored human body in several of his prior films such as Tie Me Up! Tie Me Down! (1989), High Heels (1991) and All About My Mother (1999). What sets this movie apart from his earlier works is the focus on the human body as the container of a personal identity. The time we live in is obsessed with human body and its perfection, seeing it as a work in progress, able to be improved. The ever-present perfected images of our fellow human beings remind us of our imperfections.

The plot detangles in a series of flashbacks and jumps in narrative structure from present to past and back. “Our face identifies us” is the first sentence spoken by Dr. Robert, who is a surgeon experimenting with transgenesis, in hopes of creating a superior skin for humans. This skin is created by combining genetic information from pigs and humans and is supposed to be more resistant to burns and insect bites. Due to bioethical concerns, his research was stopped. But that does not sadden Robert, as he had secretly been breaking the rules for six years already while working on human experiments, in particular one.

Robert calls his experiment Vera and as we learn about her, we discover a strange relationship in between the two, as she seems to be in captivity. A story of kidnapping, heavy body modification and the disconnect between inner personality and the body unravels in a series of fascinating drama-filled montages. Vera spends her days in a locked room, with cameras watching every single one of her steps. She fills her days creating bizarre and grotesque humanoid sculptures, inspired by the work of Louise Bourgeois from scraps of fabric, practicing yoga or watching TV, and appears to resign to her captivity. Vera is polite, compliant and appears to enjoy Robert’s company. But the walls in her room are covered in writings depicting the dates of the days that passed, verbalisation of her existential struggles, and paintings of bodies. It seems we can never escape the depiction of a human body in this film as they are constantly recurring, in the paintings appearing in the background, such as The Venus of Urbino, sculptures of Louise Bourgeois which are centred around human body and trauma. Vera’s body is presented in poses similar to the women in the paintings. Robert observes her body through a big glass in her room, but it is a voyeuristic one-way mirror. Vera is unable to see him, as he subjects her body to his male gaze, with the viewer being forced to do so as well. She is a mere creation of someone else, unable to possess her self-identity. She was even made to look like someone else, Robert’s dead wife.

One of the flashbacks reveals how Robert slowly descended into madness when his wife got burned in a car crash and during her recovery saw her disfigured face in a window and jumped out of it, landing in front of their daughter. Their daughter Norma ended up traumatised and hospitalised until once, when she had grown up, her father took her to a party, where she encountered a young man. They had an intimate moment in the bushes until Norma’s past trauma triggered her and after a fight with the man she passed out. Robert is convinced she was raped, and her mental state worsened as she followed her mother’s example, leaping to her death. This circle of trauma caused Roberts to detach from his actions and reality, becoming the cliché mad scientist in a true Frankenstein fashion. God complex devours his mind as he works on changing Vera’s body, piece by piece.

The Skin I Live In is categorized as a horror/thriller but does not remind us of a typical horror, as it is very restrained in the depiction of violence. It is a very internalized horror, playing with anxieties of the viewers in such fashion as few movies have. Almodóvar mentioned inspiration by the 1960’s French movie Jeux sans visage (Eyes without a face) and the connection between the two is notable. Both are a surgical horror, depicting a mad scientist and a female protagonist who is undergoing a surgery. Both avoid displays of excessive gore and aim to impact the viewer deep under their skin. Almodóvar plays with the audience on multiple levels, the flesh and body are recurring even in the colour palette of the movie. Rich reds of the house’s interior contrasted with cool sterile blues of the medical lab where Vera’s body is being reworked and a palette of various nude tones, such as the bodysuits she wears to “sculpt” her body. This movie revisits the idea of a woman being created by/from a man, a concept appearing even in the Bible. Society gets questioned here, are women just mouldable creations of society, subject to various requirements stemming from physical fixations imposed upon them? Freud said “anatomy is destiny”, human physiognomy determines their space in society and physical traits. A woman, according to Freud, will always be submissive to man, as she cannot compensate for the lack of her phallus. Can a woman be created?

Vera is portrayed ultimately as a survivor who goes through various hardships to maintain her internal self. She uses yoga, which helps her create a space inside her body, where no one can enter and harm her. Her spirit is being drugged, moulded, attacked and her body went through a torture and drastic change. Her existence is a contradiction in and on itself, can a human look one way, yet maintain their own identity? Almodóvar leaves many unanswered questions to the viewer as the movie ends. A true masterpiece, touching upon the multiple levels of the inner self and its “internal” horrors.